Sant’Egidio is a Christian community born in 1968, right after the second Vatican Council. An initiative of Andrea Riccardi, it was born in a secondary school in the centre of Rome. With the years, it has become a network of communities in more than 70 countries of the world. The Community pays attention to the periphery and peripheral people, gathering men and women of all ages and conditions, united by a fraternal tie through the listening of the Gospel and the voluntary and free commitment for the poor and peace.
Prayer, poor and peace are its fundamentals points of reference.

Spreading the Gospel to help people who are looking for a sense to their life.

Service to the poor, which is free and unpaid

Commitment to ecumenism (the Community of Sant’Egidio is also ecumenical, though being rooted in the Catholic Church)

Dialogue with members of other religions and non-believers.

Their activities include setting up refuges for the old, hospices for AIDS patients, and printing a handbook titled “Where to Eat, Sleep, and Wash in Rome” as gifts to the homeless.

The charitable efforts of Sant’Egidio also led it to be a well-regarded mediator of peace negotiations. In the late 1980s, the Community came to the realization that their humanitarian efforts in Mozambique, then torn by the Mozambican Civil War, could not succeed without peace. In 1990, the Community was accepted by the ruling FRELIMO and rebel Mozambican National Resistance as a mediator, playing a key role in the Rome General Peace Accords signed in 1992. They continue peace initiatives in Algeria, the Balkans, the Democratic Republic of the Congo, and other areas, in the belief that war is the “mother of every poverty”. 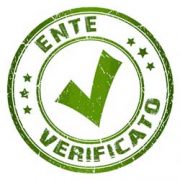